How to Encourage Kids to be More Charitable

"Congratulations, kid. You filled up that jar with money that you’ve been saving up for weeks and weeks. Now, let’s give it away!"

The confused look on their faces at that moment isn’t all that surprising. The idea of charity is a tough one for little people to wrap their heads around. Each dollar they save is just that – theirs. They have been planning on what to buy with that money for a long time. Toys, playing cards, the latest Beanie Boo – whatever it is, it’s going to end up in their personal collection. Or so they thought.

Charity is a foreign idea to a lot of children. And that’s alright. They’re young, and they have time to learn empathy and the art of being charitable. The idea hope is that they will become lifelong givers. Let’s take a look at some steps to encourage kids to become more charitable.

You have probably heard the jar system for kids. This involves kids putting their hard-earned money into three jars: a Spend jar, a Save jar, and a Give jar. The Give jar is the only one that matters for charity.

When kids first put money in this jar, I bet it feels good. A lot like the other jars must feel. They see the money piling upwards, steadily rising to the top.

Then Mom or Dad takes it away.

What kids may not understand at first is that their money is going to help others in need. After a few rounds of filling the Give jar and sending that money off to charity, the point of all this becomes clear.

Donating to the Right Cause

There are lots and lots of charities out there to choose from. In this digital world, getting your (or your kids’) money to those organizations is easier than ever. Sometimes, though, choosing which charity to donate to can be a bit of a challenge, especially for little people.

In this case, it’s okay to take care of number one.

Regardless, if a child feels ownership and involvement in their decision of where their charitable donation is going, they’ll likely keep on giving. And isn’t that the goal?

All Hands On Deck

Being charitable is a family affair. If donating is going to be a part of the tapestry of a family, the parents are probably giving to charity, too. Children, especially at a young age, look up to their parents as role models in so many ways. By talking about charity, and especially by seeing their parents actively donating, kids can see how it works and why it is so important.

In 2017, I was really trying to push the idea to my son about the benefits of charity. Words are nice – and crucial – but so are actions. I had a lofty goal in mind. I wanted to raise 25,000 dollars to help build a school for elementary students in Ghana, Africa.

And I wanted my son to not only learn by watching me raise the money: I wanted him to help me. At that time, he was only 4 years old. And guess what? We did it.

Through an organization called Pencils of Promise, we were able to solicit donations from family and friends via social media outreach. Not only that, but my son sold lemonade and donated the proceeds. He directly raised money to benefit a specific cause, and he saw the achievement of a goal that had been set.

To see our donations leading to a tangible result – a school in Africa for the memory of my late dad– was incredible. It also helped instill in my son a sense of purpose. It gave him a reason to keep saving money in that Give jar.

The world is a crazy place. Every day, there is a huge news event (or two, or three). Natural disasters happen all the time – tornadoes, wildfires, tsunamis, earthquakes. Instead of reacting to the news sadly or in shock, parents can use it to teach compassion.

For example, say a wildfire has raged across California and the news is showing scores of burnt homes. This can be an opportunity to brainstorm how kids can actively help, or to participate in charity. Often, the news segment will announce how people can donate, and will include a website address or phone number for the organization spearheading relief efforts. If nothing else, this can be a great talking point.

Life, especially with children, is busy. With all of the activities, sports, and social engagements going on (and that’s just for the kids!), it can be hard to focus on one thing, such as charity. Instead of just one annual push for charity, many families try to keep the giving going throughout the year.

Making a habit of helping others is a great way to instill charitable ways. There are lots of ways that children can help out, and it’s not always about giving money. They can volunteer their time. They can show empathy for other students at school. There are many organizations out there that give opportunities for volunteering and community-building. Charity can be more than donations.

Raising a charitable child can be so rewarding, both for the child and the parent. Kids can benefit on many levels by donating their time and money. Using ideas such as the Give jar, family fundraising, and teachable, actionable moments, kids and their families can have plenty of opportunities to be charitable.

While it might be tough to swallow at first, kids can save a lot of money for the purpose of giving it away. 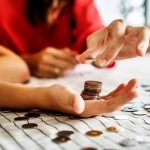 4 Tips for Structuring an Allowance Program for Your ChildrenDecember 2, 2019
How to Manage Your Child’s Expectations for ChristmasDecember 16, 2019 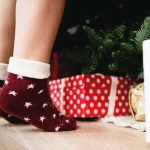 I'm the creator behind Kids Money Academy. I'm a Mom, CPA, and advocate for parents just like you!

Wait - before you go, don't forget to sign up for our Freebie Vault!

Get instant access to free money resources for your little ones. New freebies added weekly! 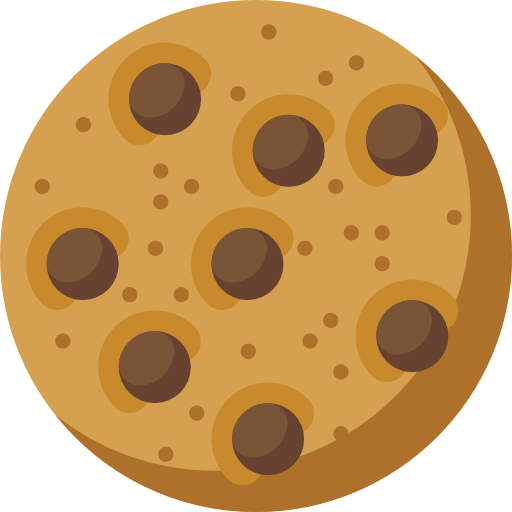